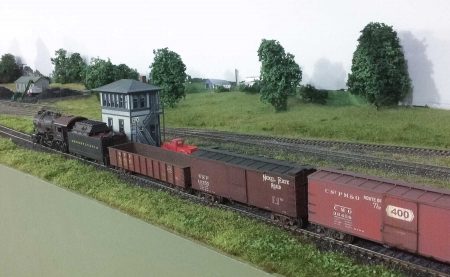 Jim Six sent a few images of his layout progress recently and gave permission to share them on the blog. Jim has been rebuilding his HO scale layout that reflects northern Indiana towns. He had grown dissatisfied with the layout that was featured in the 2010 Model Railroad Planning and has decided to focus on one main town. What follows are some notes and photos from Jim. Enjoy.

Health issues a few years ago caused me to lose interest in our hobby and I dropped out. Two years passed before I returned to the layout room. Those were tough times. I thank Ray Breyer and Tom Johnson for encouraging my interests along and returning to the hobby.

Early in 2016, I got a bug in my ear to backdate to 1928. I joined a Pre-Depression Era modeler discussion group and discovered my rolling stock fleet would need many alterations, or wholesale changes. I had no idea the 1920s would be such a challenge to model. After a few months of questions and discussion, I decided to rethink my modeling efforts and focus on an era set in the very late 1930s. Most of my freight car fleet as well as many vehicles would fit well in the late 1930s. 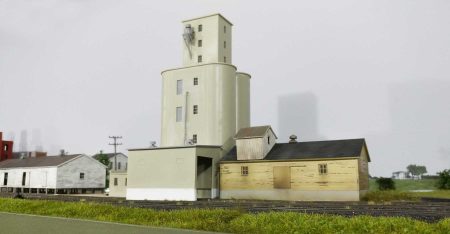 I’ll be retiring soon and must rationalize the layout with what I already have. About 80% of my current freight car fleet can be used for this new layout. The new plan is to build a simplified plan and operate New York Central and Pennsylvania Railroad trains, but not at the same time. I want to maximize the chance of completing the layout in a few short years. 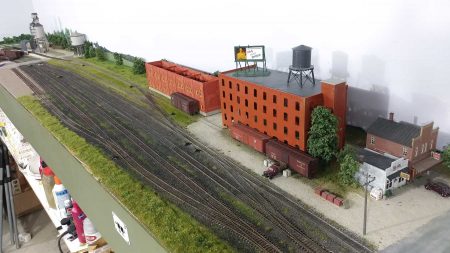 Of course, finding modeling time is still a problem. I work a full time job plus teach programs at a couple of local colleges. Winter break and a week away from work have allowed some progress! 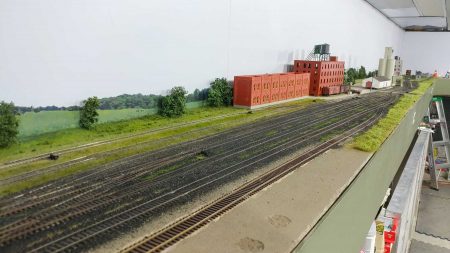 A recent weekend session went well until I ran out of materials! Installed a new elevator and almost finished scenery for the yard. These last few photos were taken after that work wrapped up. 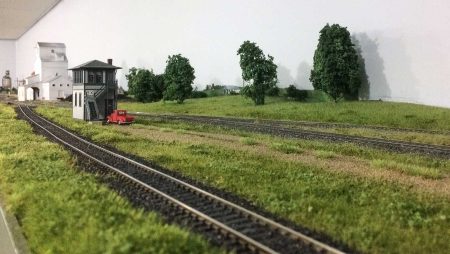 Much of the foreground scenery in this image used Scenic Express “grass mats”, while scenery in the background is static grasses. In between is a mix of both. While not done yet you get a good idea of what it will look like. 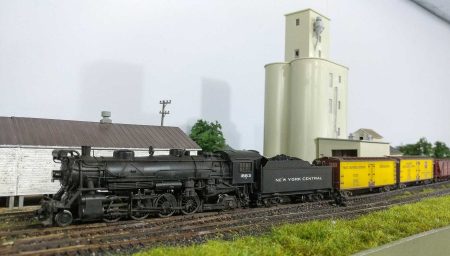 A favorite locomotive is the New York Central Mikado Trix produced several years ago. Ray Breyer coached me in redetailing it to represent NYC 1853. I have yet to renumber it and I am contemplating a change to the tender lettering, as it should reflect an earlier NYC presentation. I’ll mull that decision for a bit and enjoy this fine model on the layout.

We thank Jim Six for sharing his layout notes and photos. We look forward to future updates!