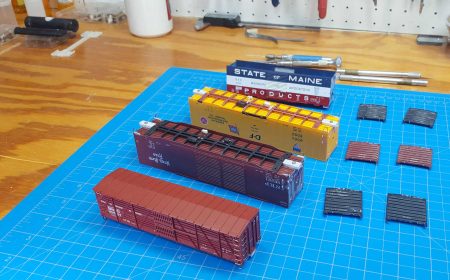 Here’s what I’m working on besides RCW models. I like pre-painted and lettered kits as they save time. Branchline were some of the best as the lettering is as good or better then decals. Upgrades to these models match a prototype or nearly so. The stock car is an old LifeLike Proto2000 kit. The others are Branchline kits. All were picked up at swap meets for about $10 each. 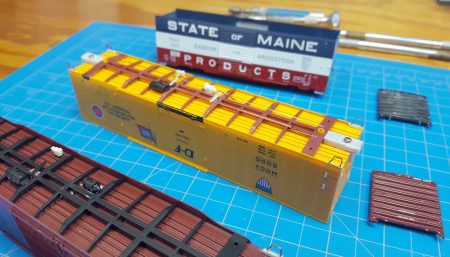 The yellow car is an ART insulated boxcar. Prototypes were built in August 1955 by Pacific Car & Foundry. Reporting marks were MODX with these cars falling into the 2000-2099 series.

I’ll try to post progress on all these cars over the next few weeks. It will force me to finish them.

Eagle-eyed readers might catch a glimpse of early work on an upcoming Resin Car Works kit in the first image.

What’s on your workbench?