The Resin Car Works minions have been working to produce the next kit in time for the upcoming RPM Chicagoland meet, October 20-22 in Lisle, IL. This is an all new HO scale resin freight car kit that can represent nearly 13,000 prototype tank cars. A limited number of kits will be for sale at RPM Chicagoland. We will accept mail orders after the event. 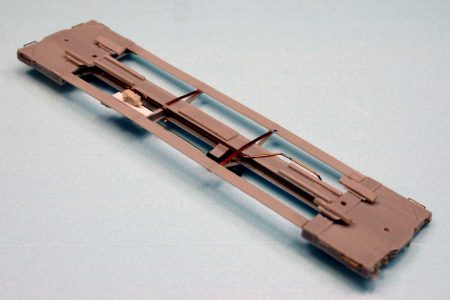 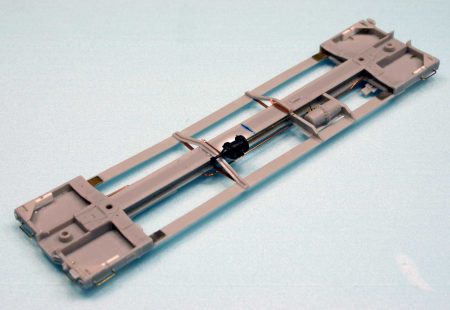 Cars built to this version of the X-3 design had some features in common with most 10k X-3’s and had a particular combination of features.

The underframe was the classic version of the X-3 with built up box section bolsters. The end sills were straight across and the area between the end sills and the bolsters was completely covered with wood decking. 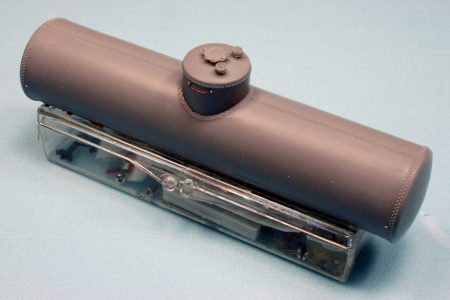 These cars had tanks with 60-inch inside diameter domes and the manway cover was the safety type, secured by a ring of fold down bolts. The safety valves were well spaced away from the car center line on the top of the dome. Many earlier X-3’s had safety valves closer to the centerline and quite a few cars built in earlier batches had 54 inch ID domes. As was common with most X-3’s, these cars were built with only one dome platform and ladder, located on the brake equipment (left) side of the car.

The cars were delivered with U-section Andrews trucks and retained them for most of their service lives. KC style brakes were used until well past World War II when UTLX engaged in a massive project to convert to AB brakes by the required deadline. Heavy brackets were required additions to support the reservoir and triple valve, while the brake cylinder stayed in the same location as with the KC set.

Over the years, UTLX repurposed and renumbered many cars, including cars in these series. Known records do not describe, in detail, which cars were converted, but certainly some of these cars received internal heaters and were renumbered into a 5xxxx range. Others may have been insulated and jacketed with or without heaters and numbered into the 6xxxx range. Nevertheless, 32 years after being constructed, a good fraction of these cars remained in their original configuration. 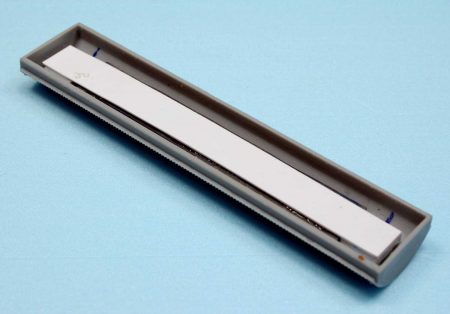 These details are just a portion of the prototype information Steve Hile has supplied for this Resin Car Works kit. As you can see from the images, production is well underway and instructions are being written. The UTLX tank car kits will be for sale at RPM Chicagoland for $60 each, plus the combined local and state 7% sales tax. AB Brake system parts and decals will be included but modelers will need to supply trucks and couplers. If this X-3 kit version sells well, there is potential for future kits that follow prototype variations.

We are very excited to bring this classic UTLX prototype tank car to HO scale freight car modelers. The parts are cast using all new masters employing an easy to assemble design, and etched metal detail parts. Register now for the upcoming RPM Chicagoland meet, October 20-22 in Lisle, IL. We will be there with these new kits, grain bins, boiler loads, Illinois Central Hopper kits, and decal sets. We look forward to meeting you there!

3 thoughts on “The next Resin Car Works kit will be….”