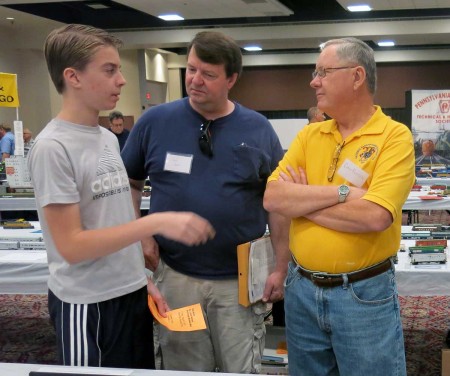 It is has been over week since returning from the St. Louis RPM meet in Collinsville, IL, and thought I would reflect on my experience as this was a new meet for me. The Convention Center is small and easy to get around and there is plenty of parking. Food and drink were available at a decent price and nearby are several chain restaurants. Attendees were scattered around in three or four hotels/motels. Getting there from the airport was easy and there was very little traffic to negotiate once you are at the CC.

John Golden and his Posse have been doing this event long enough that they have worked out the kinks. I enjoyed that fact that there was only one clinic at a time because I only had to decide to attend or not. Since acquiring more confidence to weather freight cars is currently big priority for me, I spent Friday morning glued to a chair at Dave Schroedle’s table where he taught me to use A.I.M. weathering media to create a slurry with water and brushing it on and working it with a broad brush.

These photos of the Central of Georgia black and silver 50-foot PS-1 illustrate how I did. I also made a connection with fellow Dodgers fan Gary Christensen from the Weathering Shop and will use email to show him what I am doing even though our modeling eras are about twenty years apart.

Starting with the Cocoa Beach 2016 RPM I am planning to do a clinic about airbrushes and airbrushing acrylics because that is the paint I prefer and because I know many people have either had bad experiences or have heard stories that have kept them from trying them. At the same time there are many people I know that love acrylics, including me obviously and I want to help people overcome their doubts or worries. A big part of successful and frustration-free airbrushing acrylics is an airbrush with a large enough needle and nozzle, hence my interest in talking about airbrushes.

To adequately talk about airbrushes I think it important for me to have some experience with the major brands and recently have added Paasche, Iwata, and GREX models to go with the two Badgers and one Harder & Steenbeck I already owned. I have been hearing the GREX “Siren’s Song” from afar for a while now and knew GREX would be at Collinsville. I was intrigued by GREX’s ergonomics and wanted to be able to hold both their Tritium and Genesis models in my hand. Sure enough GREX’s national Sales Representative Bryant Dunbar was there supporting their St Louis dealer Chris Merseal/CRM Hobbies. 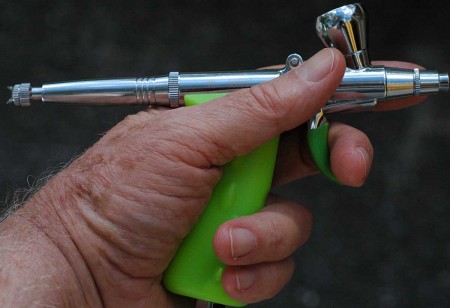 I decided to buy the “pistol gripped” Tritium.TG3 equipped with a 0.3 mm needle/nozzle set up and I purchased 0.2 mm, 0.5 mm, and 0.7 mm needle/nozzle/spray regulator set ups and a Quick Disconnect fitting to provide ultimate versatility. I purchased this package for slightly less than the best price I have found online. The above photo shows the most comfortable grip I have found for my new tool.

I was impressed that I was not the only one seduced by GREX AB’s as Mr. Merseal sold out of his pistol grip models and took at least two orders for them. One modeling friend was right behind me to buy one and later I saw another friend trying one out after I showed him mine. CRM is primarily a Military Model hobby shop but they carry all of the Tru-Color line of paints. I tried to keep Badger’s John Lee from pouting by reassuring him my Badger 155 Anthem will still be my workhorse. However when I returned home, I did install the 0.7 mm needle/nozzle/spray regulator in the GREX and painted two models with Polyscale “Tarnished Black” acrylic paint. The Tritium performed perfectly. The trigger pull is very smooth.

Speaking of Acrylic paint, on the way from the airport to Collinsville, I stopped at Dick Blick’s art supplies to look around and purchased eight bottles of Iwata’s “Com-Art” acrylic paints. They offer several opaque and transparent colors that look like they could be useful for weathering.

There were many beautiful models as John Golden has shared with us on his Flickr site. It was especially nice to see more of Jack Spencer’s incredible skills at super detailing freight car models, and someone’s A-B-A set of M&StL FTs realistically weathered.

Resinators were pleased with Chad Boas, Resin Car Works/Frank Hodina, Yarmouth Model Works/Pierre Oliver, and Funaro & Camerlengo all selling our favored medium. I purchased 7K and 8k Acid Tank car kits from RCW (the 8K kit has three different domes). One thing to be aware of is that RCW kits are very much Limited Production. If you want one, you better order it soon! 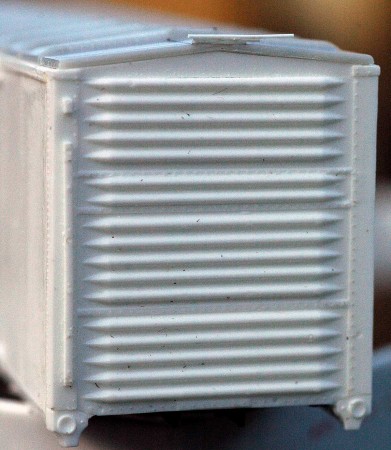 I purchased resin parts from Chad for a Charleston & Western Carolina autocar based on a steel rebuild of a Single Sheathed car. I started working on the C&WC casting Monday after returning home, as these photos will attest.

The model uses an Accurail Fishbelly Underframe and I had an extra one handy.

I also bought the decals for the car done by Mask Island, the first of his product I have purchased.

Chad is working on three flats I think he said one of which represents a short steel cast flat. I decided to wait until October and the Lisle-Naperville RPM to purchase one of the new Yarmouth Model Works 12-panel ATSF post-WWII steel boxcars. Aaron Gjermundson did the patterns for these cars and he has captured the look of these cars beautifully. Particularly notable to me is how he captured the variations of the tabs along the sill. The kits cover Bx-48, -50, -51, -53, -60, -62 and -63 classes. 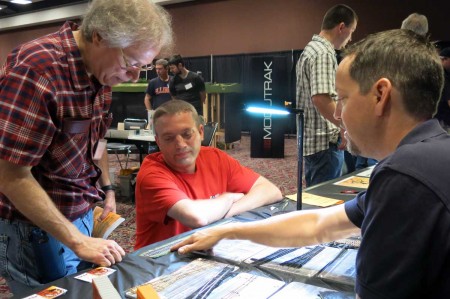 Back to the format of the meet, it really works. There were at least 300 people on Friday, which meant if the clinic room was at its capacity of 80 that well over 200 people were shopping, looking, and talking to each other. Personally I was not impressed with the offerings of the Small Tool dealer. Tangent offered no hints on upcoming releases but many were thinking it will be another tank car. I did see the new Kadee 11k tank car (gorgeous!) and I learned that Broadway Limited has wisely engaged a well-known Freight Car historian to consult for their announced tank car project.

Thanks for your RPM report, Bill! Questions and comments can be posted below. Please follow the instructions so your comment can be posted. All comments are reviewed and approved before they appear.