Ron Von Werder, owner of Rocket Express, offers two Rock Island (RI) automobile boxcars. Both HO scale kits are flat castings and assemble easily. I prefer using Westerfield’s RI decals for the reporting marks and numbers as his artwork looks closer to the Rock Island prototype lettering than what is supplied in the kits. 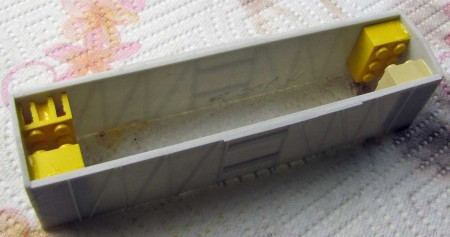 Assembly of these kits was straightforward. I used my son’s Lego blocks in the four corners for added strength and surface area for gluing the ends to the sides as you can see in the image above.

Both models were painted using Floquil Box Car Red with Dullcote sprayed over the decals. I do add a drop or two of the base color of the car body in the Dullcote to tone down the whiteness decals. 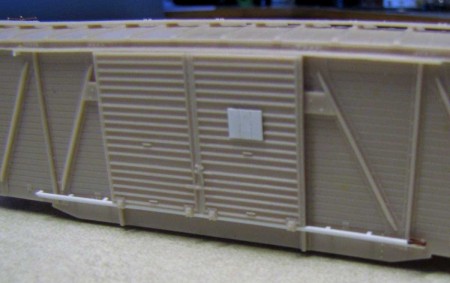 The placards and door guides were replaced with Evergreen styrene. 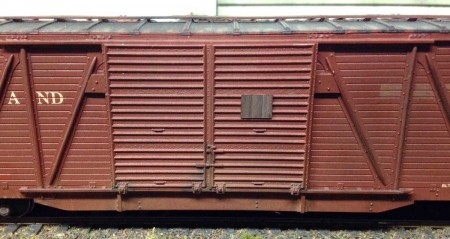 I found this nice image of a prototype roof and wanted to reflect the appearance. The peeling car cement was replicated by painting the patch of ‘cement’ a dark gray. 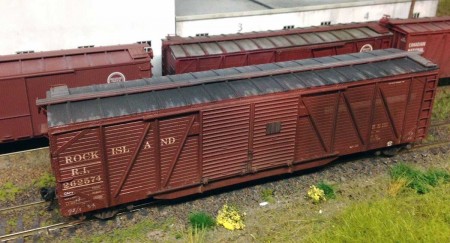 The 50-foot car has had the ‘AUTOMOBILE’ stenciling painted out by the rip track to denote a car placed in general boxcar service. Chalk marks were applied to both models using a white artist pencil.

These kits make nice additions to the home layout.

Thank you, Charlie, for sharing more of your work here on the blog. Take time to visit Charlie’s website for layout photos and Mopac info. Questions and comments can be posted below. Please follow the instructions so your comment can be posted. All comments are reviewed and approved before they appear.