The following question was posted in the comments here a few weeks ago by Rick Woods; Frank, I’m curious — what is the story on those C&IW gondolas? I live in Illinois and have seen so many photos of the C&IM 70 ton gons and am curious how you modeled them.
There isn’t a simple answer, so I thought a blog post would be best.

In the mid 70’s I was an engineering student at the University of Illinois at Champaign-Urbana. I met my wife, purchased a house, and had two sons while we lived in Champaign. While a student, I got to know Dick Stair, the first trick operator at Champaign Tower. This is where I learned how railroads truly worked as Dick would let us operate the plant and hand up orders to the crews. At the time Champaign was still a very busy railroad place being served by the Illinois Central Gulf (IC), Penn Central (P&E), N & W (Wabash), and Illinois Terminal. It was hard not to become interested in Central Illinois railroads.

Through rail fanning I got to know some of the folks at the C&IM in Springfield, which is about an hour drive from Champaign. They were always friendly, letting me go wherever I wished. Since then, I wanted to model the C&IM but couldn’t figure out how as there is almost no model equipment available for the road. So I drifted, modeling the CB&Q and then the NKP. No layout resulted from these roads as they weren’t what I was passionate about. 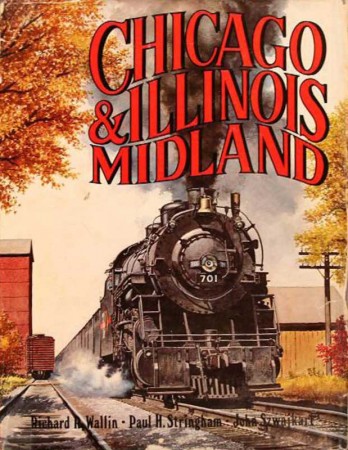 The idea to freelance the C&IM as the Chicago & Illinois Western came from page 100 of this book. A prototype Chicago & Illinois Western was organized in 1924 by Charles Insull to serve electrical generating plants on the southwest side of Chicago. Plans developed to expand this railroad and extend a line to connect with the C&IM, or to run into St. Louis. How many times was this passage on Insull and the C&IW missed? The thought was that I could freelance the C&IM by making it into the system that Insull desired but was killed off by the Depression. Freelancing would let me operate the road as the C&IM but I could fudge on the equipment, so the C&IW was born. 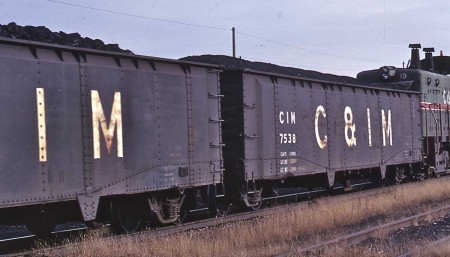 One of the signature pieces of C&IM equipment were the 70-ton coal gondolas, which numbered 1000 cars. A layout based on the C&IM would need about a hundred of these gons. Even with resin castings, building this number would be near to impossible, along with also building the layout. The issue with the prototype car is the sloping floor which exposes all the brake gear for the entire world to see. The cars were purposely built with sloping floors and interior bracing as a way to discourage there use in interchange as they could not be unloaded with a bucket.

Freelancing allowed me to cheat and simplify construction by adopting a flat floor, which hides most of the brake components. To save even more time, the grabs are cast on. The model as cast takes about a half hour to assemble, being composed of four basic parts; the sides/ends, the interior floor, and the floor bottom. The weight goes between the two floor sections. 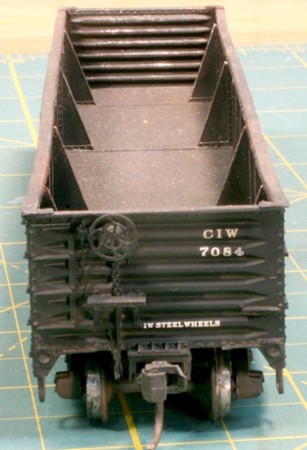 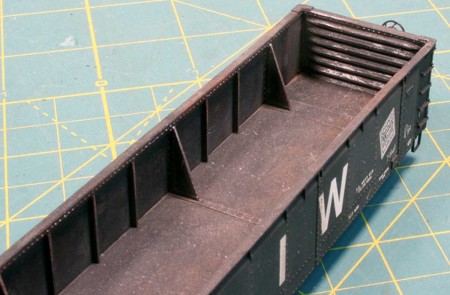 A true prototype model of the C&IM coal gon can be built with the castings on hand; it just takes a little more time. A new sloped floor would need to be fabricated along with some rivet changes on the sides to match the sloping floor. The new rivets are from Archer.

Simplifying the construction of these coal gondolas allowed a fleet to be constructed within a reasonable amount of time while maintaining the character of the C&IM in freelance form.

With a small fleet of these gondolas on hand, my C&IW can move the coal from the mines of Central and Southern Illinois to the Power Plants of Insull. FYI, this is not a product announcement and I have no intention to release these as kits.

Thanks for visiting the RCW blog. Questions and comments can be posted below. Please follow the instructions so your comment can be posted. All comments are reviewed and approved before they appear.